What is computer vision? Why is it something worth dedicating time and energy to understanding and applying? How does it work? And what applications could it be useful in the business world? If you have yet to find simple-to-understand answers to these questions, then this blog post is for you.

What is computer vision? Why is it something worth dedicating time and energy to understanding and applying? How does it work? And what applications could it be useful in the business world? If you have yet to find simple-to-understand answers to these questions, then this blog post is for you.

Google: “Well, you should have specified -CLOUD then!” 😠 Source: xkcd

What is computer vision? It is defined as using computers to automatically perform the tasks that the human visual system can do. Where human eyes receive light stimulus from the external environment, computers use digital cameras. Where the brain interprets these sensory inputs, the computer uses an algorithm to interpret the images.

Obtaining accurate images of our physical environment with digital cameras has long been solved with our current technology. And for the most part, assigning meaningful labels to objects in these digital images has also been solved in the past decade. The 2012 edition of the ILSVRC (ImageNet Large Scale Visual Recognition Challenge) [1] challenged research teams from across the world to classify the 1000 object classes from the over one million images in its ImageNet dataset. In that year, a deep learning method took first place for the first time in the image classification task.

This deep learning method, named AlexNet [2] (after the first author, Alex Krizhevsky), was developed by a team from the University of Toronto called SuperVision, and utilized a convolutional neural network (CNN) architecture (more on this later) to obtain a top-5 error (i.e. the percentage of wrong top-5 guesses out of 1000 object classes) of 15.315%, compared to the runner-up method’s top-5 error of 26.172% (which used a classical machine learning approach). As machine learning practitioners like to emphasize over and over ad nauseam, this is a 10.857% reduction in error! By comparison, Andrej Karpathy trained himself to do the image classification task and came up with an informal (and unpublished) error of 5.1%. At that time, ILSVRC 2014’s top-performing method, GoogLeNet [3] had already improved to a top-5 error of 6.7%. And as Karpathy himself noted, his less dedicated and less trained lab mates performed much more poorly. Clearly, not all humans have the patience and training for large-scale pattern recognition:

It was still too hard – people kept missing categories and getting up to ranges of 13-15% error rates.

Does this mean that computers are now able to “see” as well as humans can? No, not necessarily.

In 2015, researchers discovered that many state-of-the-art computer vision models are prone to maliciously-designed high-frequency patterns known as “adversarial attacks” [4], which trick the models into modifying their predictions without being visible to humans.

Adding high-frequency “nematode” noise to a “panda” tricks the network into predicting a “gibbon”. Source: Goodfellow et al. (2015) [4]Here’s another humorous example of how adversarial attacks can fool computer vision algorithms. Researchers from MIT developed a special pattern that they placed on a toy turtle specially developed to fool the network into predicting a “rifle”.

🐢 or 🔫? Depends if a computer vision researcher is pranking you… Source: YouTube

Ok, but adversarial attacks but highly-specialized researchers aside, why should we care about computer vision? Well, for the same reason that Andrej Karpathy identified – training humans to do fine-grained, large-scale visual recognition requires significant training, dedication, and time. At the end of the day, there will still be human error. From Karpathy’s single experience in competing against computational methods in ILSVRC, he had already dispensed with the idea of:

In the end, Karpathy decided to perform all of the task on his own to reduce labelling inconsistencies between human labellers.

In the end I realized that to get anywhere competitively close to GoogLeNet, it was most efficient if I sat down and went through the painfully long training process and the subsequent careful annotation process myself.

Karpathy stated that it took him roughly 1 minute to recognize each image for the 1,500 images in the smaller test set. By contrast, modern convolutional neural networks can recognize objects in images in under a second with a decent GPU. If we had to recognize the full test set of 100,000 images? Although developing a computer vision pipeline requires development time and specialized expertise, computers can perform visual recognition more consistently than humans without being fatigued and scale better when needed.

For example, let’s say we wanted the computer to detect whether a handwritten number in an image is a 0 or a 1. We know that 0’s are curvier than 1’s, so we take the image arrays and fit a line through the strokes. Then, we find the curvature of these lines and pass it through a threshold to determine whether it’s a 0 or a 1.

I have a theory…that 0s are curvy lines and 1s are straight lines. This is known as the “hand-tuned approach”, because it requires a human operator to develop a rule-based theory of how to detect a given pattern that a computer can understand. It is probably the most obvious way of performing computer vision. But while it works for simple problems like recognizing simple digits and letters, it quickly falls apart once you give it a more complicated image with lighting variations, background, occlusion, and viewpoint variations.

For example, say you wanted to detect whether an image contained a dog or a cat. At training time, you get a large collection of images labelled as either dog or cat. You take an algorithm and train it until it can recognize most of these training images well. To check if it still works well on unseen images, you give it new images of dogs and cats and verify how well it performs.

The “boom” in machine learning in recent years is actually a boom in what are known as “deep learning” models. These models use layers of learnable weights to extract features and classify, whereas previous models used hand-tuned features and shallow learnable weights to classify them. As we mentioned before, one of the most fundamental models in computer vision is known as the “convolutional neural network” (CNN or ConvNet for short). These models extract features from the image by repeatedly convolving (think of this as a 2D multiplication) it with 3D weights and downsampling. Then, the features are converted into a 1D vector and multiplied with scalar weights to produce the output classification.

Since the human visual system performs many different tasks at the same time and computer vision is supposed to replicate it, there are many ways to break it down into discrete tasks. In general, the core tasks computer vision tries to solve are the following (in order of increasing difficulty):

Just as ILSVRC provided already-annotated data (ImageNet) to objectively compare algorithms from different researchers, the competing researchers in turn released their models to back up their claims and promote further research. This culture of open collaboration means that many state-of-the-art datasets and models are openly available to the general public for use and the top models can be readily applied without even requiring re-training.

Of course, if the objects one needs to recognize are not covered under “tape_player” and “grey_whale” (perhaps “machine_1” or “door_7”), it will be necessary to collect custom data and annotations. But in most cases, the state-of-the-art models can simply be retrained with the new data and still perform well.

Now that we have gone through what computer vision is, why it is useful, and how it is performed, what are some potential applications for businesses? Unlike text or database records, images are typically not well catalogued and stored by companies. However, we believe that certain companies in specialized fields would have the data and motivation to benefit from using computer vision to extract extra value from their stored image data.

The first field is the manufacturing, resource extraction, and construction industry. These companies typically work on manufacturing products, extracting resources, or constructing civil works in large quantities and many of the monitoring or predictive analytics are done manually or with simple analytical techniques. However, we think that computer vision would be useful for automating the following tasks: 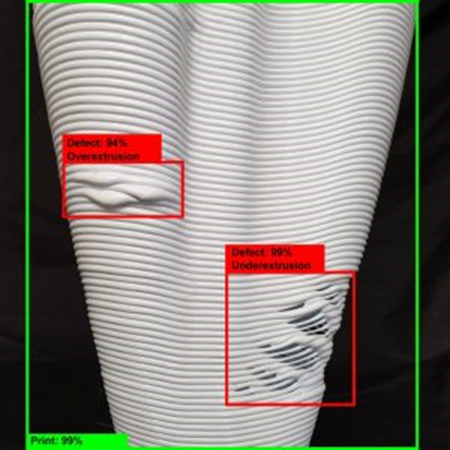 The medical field is a similar field that could benefit from computer vision, since much of the work centres around monitoring and measuring the physical state of human patients (instead of machinery or manufactured products). 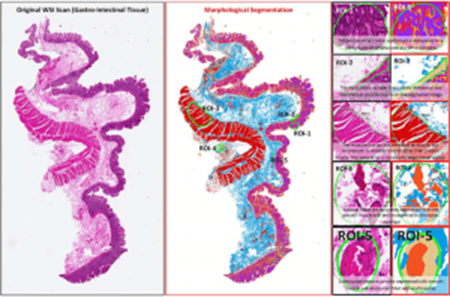 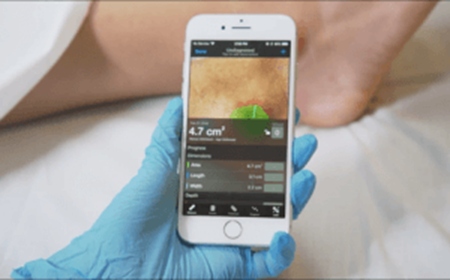 Documents and multimedia are another field that could benefit from computer vision because of the vast quantity of unstructured (and un-annotated) information that most companies hold in the form of scanned documents, images, and videos. Although most companies tend not to label these images, some might have useful tags that could be exploited (e.g. an online retail store’s product information).

Retail (which we touched on in previously) and surveillance are other fields that could benefit from computer vision. They rely on monitoring human actors and their behaviour in real time to optimize a desired outcome (e.g. purchasing behaviour, illegal behaviour). If the behaviour can be observed visually, computer vision can be a good solution.

Satellite imagery is the final field that we could see computer vision being useful, since it is often used to monitor land use and environmental changes over time through tedious manual annotation by experts. If trained well, computer vision systems could speed up real-time analysis of satellite imagery and assess which regions are affected by natural disasters or human activity.

You see, computer vision has lots of exciting applications for businesses. However, before jumping on the bandwagon, businesses should first consider the following: